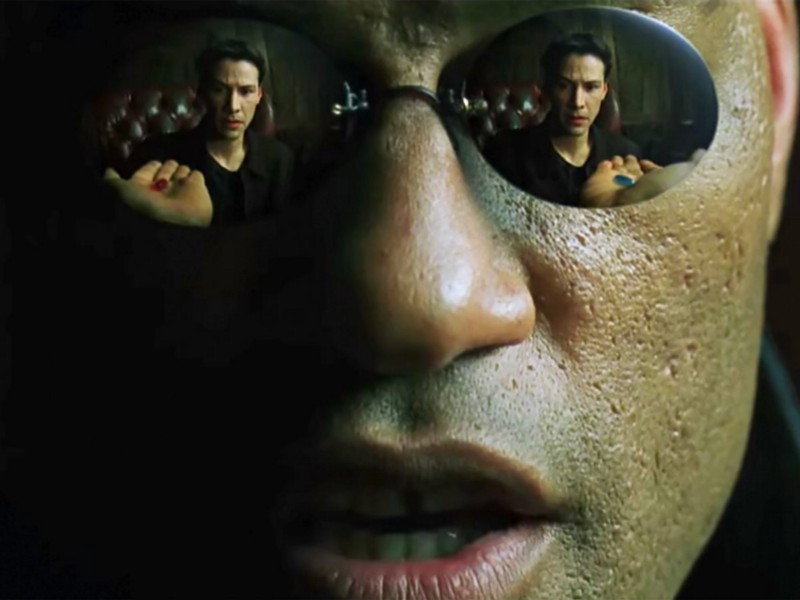 My favourite film is the Matrix, but not because of the special effects, action scenes or the overarching story arcs, but because of the principles and psychology behind it.

Not many people know, but the Matrix is based on the allegory of the cave, a thought experiment raised by the philosopher Plato and presented as a conversion between Plato’s brother and his mentor Socrates. In this allegory, the occupants of a cave are chained to a wall and can only see the world through the shadows that are projected on the wall inside it. As a result, the cave-dwellers believe the shadows to be a true representation of reality. Even when some of them break free to experience true reality and return to tell those who remain chained, some of those chained people still refuse to believe. They choose instead to remain chained to the wall. This concept is summed up in the film with the choice that Morpheus presents to Neo in the form of a pill:

“You take the blue pill — the story ends, you wake up in your bed and believe whatever you want to believe. You take the red pill — you stay in Wonderland, and I show you how deep the rabbit hole goes.”

The basis of this cinematic choice, and the allegory upon which it was based, reside in the pursuit of knowledge and a person’s willingness to seek it. Both are intended to provide a vehicle to broaden one’s mind beyond their comfort zone. This is where discoveries and creativity reside — where you can proverbially “free your mind”.

No doubt, some of you reading this may be wondering what any of this has to do with financial freedom? That is a fair question, so allow me to elaborate.

Everything in life is a choice. You can either choose to pursue something and plan accordingly, or choose not to try at all. As Geddy Lee once famously sang, “If you choose not to decide, you still have made a choice.” Choosing to act, particularly when doing so paces you beyond your comfort zone, comes with an element of anxiety and fear of failure. However, not trying at all will result in the status quo, and continued frustration.

Fear is the single most demotivating force in the world. Fear, as they say, is the mindkiller. We inflict it on ourselves when making decisions, particularly important ones. So how do we beat it, when it seems hard-coded into our human psychology? The best piece of advice I can offer is to take a chance. Remove the fear of failure. Instead, reshape it, and take it as a learning experience and a platform to grow. Once you can do that, then you are able to push past the shadows and find the opportunities that arise.

This is the cycle that I went through when taking those initial hesitant steps getting involved with digital assets. Like so many others, I initially dismissed it all as a fad, a fraud, and even something that was too complicated for me to understand. Then, like someone flipping on a lightswitch, I realized that the crypto market offers an opportunity unlike anything we have seen in our lifetimes. By spending time researching, I realised I had hamstrung myself, preventing myself from taking advantage of significant potential earnings and achieving a modicum of financial freedom.

Ignorance and fear had held me back. They were the dual impediments standing in my way. Clearly, this was not a position I wanted to be in, so I took the plunge, and decided to see just how deep the rabbit hole could go. I downloaded a wallet, took the “red pill”, and entered a brave new world full of opportunity.

I wish I could tell you that it was all sunshine and roses, but like in the Matrix, the real world is hardly as bright and shiny as one would like. Being new to the space, I experienced multiple failures which increasingly outweighed my successes. There were times when I genuinely questioned my decision. Regardless, I persisted. And I learned. Specifically, I started to learn how to recognize the good projects from the bad ones and the scams. And that equipped me with the ability to recognize a great project when one comes along.

And then, almost like it was part of a grand plan, I found a project that allowed me to take my first steps to financial freedom. That project is Ghost Trader.

Ghost Trader offers true financial freedom and passive income by utilising the skills of a professional Forex trader. Put simply, you buy the token, a percentage gets sent to the trader and at the end of the cycle you receive a BUSD dividend. If you buy NFTs, you then also have the ability to compound those rewards, which over time creates a passive income and the potential for generational wealth. At the very core of this project is a passion and a drive to give the average person the access and potential to live free from the restrictions that a basic income and the 9–5 rat race bring. There is a great deal more to it, but the basics are almost deceptively simple. And of course, if you want to know more, the team has provided a growing library of articles and AMAs available on their website.

Learn from my experience. Take the road less traveled. Choose the red pill. Conquer your fears, and join me and the rest of the community. The future is bright, but where we are going, you definitely want to bring along your shades.

PrevPrevious PostGhost Trader — A Deep Dive Into Tokenomics
Next PostThe Mother of All Crashes Is Coming, But For GTR Tokenholders It Won’t MatterNext