The Mother of All Crashes Is Coming, But For GTR Tokenholders It Won’t Matter 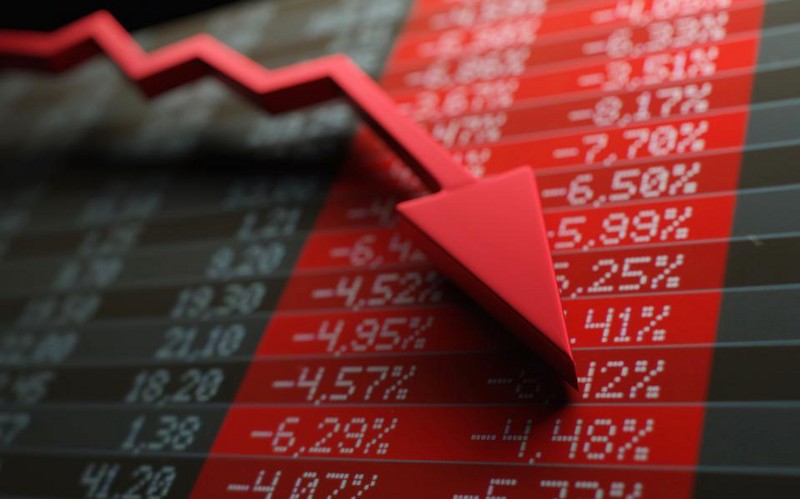 The Mother of All Crashes Is Coming, But For GTR Tokenholders It Won’t Matter

In a recent article posted to Medium, author Eugenio De Lucchi warned that “the mother of all crashes is coming, and it won’t be fun.” Leaving aside the obvious understatement, De Lucchi is almost certainly correct. Whether we look at the vast expansion in the global currency supplies, the negative real interest rates, the yawning gulf of wealth disparity that seems to grow unabated regardless of whatever deck chair rearranging policymakers vainly attempt, the future looks quite grim for those who bother to follow what is occuring in the broader economy.

The US is hardly unique in these regards, but it is the most egregious. During the first eighteen months of the global C-19 pandemic, the Federal Reserve printed something on the order of $3T. Let us take a moment with that information. That’s 3 Trillion-with-a-capital-T dollars, one million millions — a truly mind-numbing volume of newly printed fiat. To get a visual sense of the magnitude of such a phenomenon, there is a chart borrowed from CNBC linked below. Some will argue that this sort of loose money policy makes sense for the economic hegemon of the system, particularly in the current context of numerous global. No doubt, that very case has been made at length inside the corridors of power and the smoky board rooms where these decisions really get hammered out.

But as Mark Twain once famously remarked, “History doesn’t often repeat itself, but it often rhymes.” The echoes of crashes past reverberate through the imaginations of bears and bulls alike. Some are hiding in fear, others are praying for redemption, and others still are girding themselves for the coming collapse that everyone seems to sense is just around the corner. Not unlike how animals sense when a massive storm or earthquake is about to strike, people are starting to listen to their intuition, but few know how to protect themselves once it finally arrives. Just as Joe Kennedy and the Rockefellers illustrated during the onset of the Great Depression, and international real estate conglomerates showed us in the wake of the Great Recession, though, when the crash occurs, those with liquidity go on a fire sale shopping spree.

The fact of the matter is that when money gets printed and released into the economy without any accompanying policies that attenuate or ameliorate the problems that drove us to the brink in the first place, the result is hardly difficult to predict. So of course, the result has been a further growing bubble. And of course, that bubble will burst — either on its own or by the figurative hand of someone. The result, just as in 1929 or 2007, will be nothing short of catastrophic for all but the most wealthy and liquid of us.

Those are the fundamentals. Even from a purely technical perspective, numerous major indices and assets have reached or currently approach their 4.236 Fibonnaci extensions. Bitcoin has almost hit its 4.236 twice, and its chart looks more like a dead cat bounce than any real recovery structure. Ethereum has hit its full extension for its market cap on the nose, as you can see in the chart below. Almost everywhere one looks, the market is showing weakness, and almost everyone is starting to get that nervous twitch and thousand yard stare that usually accompanies people existing in a state of shock.

There will always be those who feel more comfortable selling off their positions and stuffing their cash under their mattresses rather than taking a more proactive approach. And that is completely fine, since most people’s level of knowledge and understanding of the market has proven insufficient for preparing for the imminent turmoil we all will face soon.

Despite all of these gloomy portents and the predictable response by the general public, there has arisen a bright spot, a gleaming mote of hope for the rest of us. If you have been following along since the beginning, you probably already understand how the Ghost Trader project works. However, one of the underemphasized benefits to GTR is how resilient to price action it is and will remain. Sure, the token price will experience volatility. Ghost Trader is a digital asset, after all, and volatility is practically the hallmark of projects operating in this space. Regardless of the token price action, however, the trading pool remains insulated from negative market sentiment. The trading pool will also continue to grow with every buy and sell due to the associated fees, as well as with every successful trade the Ghost Trader and his team make.

Another really solid feature of the GTR ecosystem is the capped token supply. As covered in the tokenomics article from a few days ago, the total supply of Ghost Trader is and always will be 100,000,000 tokens. No more will ever be minted. Therefore, the number of tokens you own will guarantee you a claim on a slice of the rewards stream, regardless of the size of that rewards stream or the size of the GTR trading pool itself. There simply is no real positive financial incentive to sell GTR once you own it. It will continue to pay rewards so long as you hold it, and those rewards will continue to grow as the size of the underlying trading pool continues to grow. It is almost practically a mathematical certainty. The only major variable there is how the Ghost Trader and his trading team perform.

Remember, the Ghost Trader is a hedge fund trader. Volatility is his friend, and he is a true veteran of the most volatile markets in the world. Flat markets make his job more difficult to generate rewards, not easier. And with every passing day, we see the volatility index trending upward, indicating that something big is about to happen. The Ghost Trader sees it, and he will take advantage of the opportunity when it presents itself. The result will be many incredibly satisfied tokenholders. While the rest of the market crashes and burns, GTR tokenholders will remain in the catbird seat, peacefully enjoying the rewards the trading team generates amidst the market cacophony.

Be sure to stay tuned to our very own quiet and peaceful spacees moving forward for updates and further deeper explanations of the Ghost Trader project. We invite you to check out our official Ghost Trader website, join us either on Telegram or Discord, and follow us on Twitter.