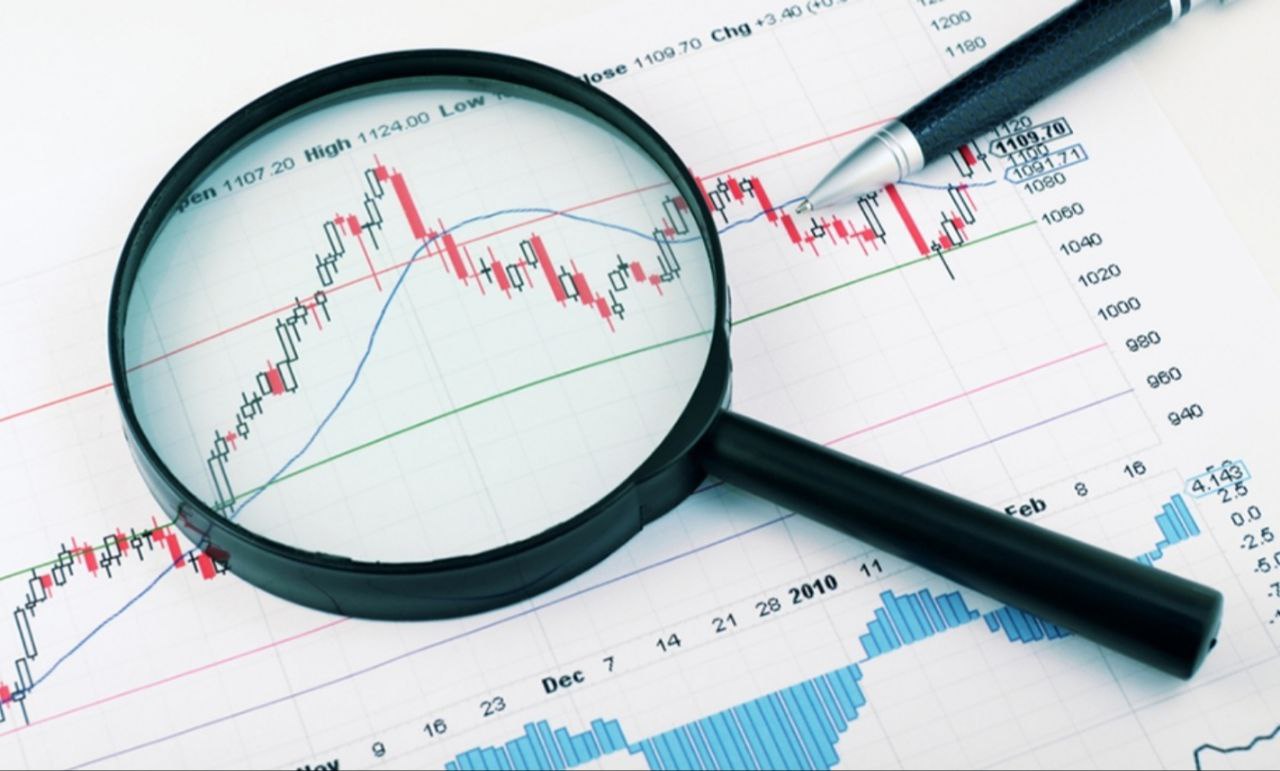 So far, we held off delving into a complete elaboration of the new aspects of the tokenomics of the Ghost Trader ecosystem in order to allow the community to digest the new version of the whitepaper. While the new mechanics simplified the overall function and utility of the ecosystem, they represent a massive leap forward in terms of providing a refined, elegant solution for our contributors.

The new approach deserves a full treatment as a way of introducing both GTR veterans and newcomers to the features and mechanisms underlying the project. In the interest of providing good information and educating, the pieces will be pretty comprehensive. It is intended as a means of bringing everyone up to speed on the direction of Ghost Trader. Note, this article marks the first installment of a multipart series explaining our entire ecosystem. More is yet to come next week.

The new plan reveals the team’s growing sophistication and maturity, indicating a more organically competent and savvy approach. Clearly, the experience of the first few months of the project, as well as the input of the Ghost Trader community have informed the new approach.

While some of the following explanation will sound remarkably familiar, rest assured that the details and differences do matter greatly in terms of how one should take advantage of the Ghost Trader ecosystem. This is why maintaining regular communication with our community remains a paramount priority for the entire Ghost Trader team.

When the creators of Ghost Trader first conceived of the project, the original concept was simple. The team’s goal was to develop an innovative solution to enable smaller contributors to benefit from all of the advantages of a professionally managed hedge fund

By stepping out of the traditional finance world and embracing the innovative world of cryptographic blockchain technology, the Ghost Trader team gained the flexibility needed in order to bring specialization and expertise to a much wider audience. By creating a vehicle that could open itself directly to the masses, Ghost Trader possesses the agility to provide solutions where larger, more institutional actors cannot.

Ghost Trader was conceived as a vehicle to not only provide a means for retail contributors to take advantage of elite wealth-building tools, but also to help them generate the necessary initial wealth itself.

Ghost Trader’s mechanics may require a bit of time to digest, but that is mostly attributable to the uniqueness and precision of the project. The streamlining of the project simplified and refined everything, creating a system remarkably easy to understand once we get beyond various issues of nomenclature and familiarity.

The first critical piece necessary to understand is the overall structure of the project. Ghost Trader provides two powerful mechanisms for our contributors to build the means of creating financial freedom. On the one hand, the $GTR token itself provides the opportunity for token value appreciation while also rewarding holders a stream of income based on the success of our trading team. The Ghost Trader NFTs provide a mechanism for capital preservation, giving holders the ability to preserve their rewards and gains from the token as well as continuing to receive rewards from the trading pool. As the token appreciates, early holders then have the option of taking advantage of the price appreciation and securing capital for the future.

Those two mechanisms — the token and the NFTs — work together to empower our holders to accelerate their savings, preserve capital, and build a passive stream of income, all as part of a single decentralized finance ecosystem. By optimizing our ecosystem to achieve the initial aims of the Ghost Trader founders, ultimate control over our financial futures rests in the hands of its contributors.

The $GTR Token Itself — Total Supply and the Power of Deflation

As covered previously elsewhere, the Ghost Trader project just instituted a new deflationary mechanic that serves to reduce the total circulating supply every month by a total of two million (2M) tokens. This monthly token lock amounts to a four year lifespan for the token, and includes a final buyback provision at the end for whatever tokens happen to remain in the market.

The total maximum token supply is 100,000,000. There will be no minting of new GTR tokens, nor will there ever be any more than that number.

As of this writing, there are currently 11.5M tokens locked away in the UNICRYPT wallet (found here) for the next five years, and another 13.1M tokens held for providing liquidity to the market (found here). Between the two wallets, the total comes in just shy of 25M tokens. To put a finer point on the implications here, those almost 25M tokens remain currently out of circulation for purposes of determining the reward stream, and represent fully 25% of $GTR’s total supply.

The deflationary mechanic will do what it does in the coming years, removing $GTR tokens from circulation every month. Holders will enjoy an ever-increasing percentage share of the total $GTR token reward stream, month over month.

To illustrate briefly, if one were to own 1,000,000 GTR tokens, that would entitle the tokenholder to 1% of the total GTR reward generated in a given month. However, this simple illustration assumes that all 100,000,000 tokens are in current circulation. With the circulating supply at roughly 75,000,000, those 1,000,000 tokens would entitle the holder to 1.33% of the monthly rewards stream generated for the $GTR token.

In the interest of keeping these offerings to a manageable and readable length, we will take up the other half of the ecosystem. Next week will be an exploration through the NFT side of the ecosystem on offer. Together, the series is intended to inform our community to better understand what Ghost Trader has to offer.

Now that some time has passed since Ghost Trader released the complete elaboration of the new mechanics in our ecosystem, the community has had the opportunity to dig into the nuts and bolts of how everything works. The updated and improved approach provides a much more streamlined and specialized set of options for our contributors, but there remain some nuances that require a closer read. As with any specialized tool, we have to learn how to operate it in order to maximize its potential as the most powerful wealth-building and passive-income-generating project in the digital asset space.

Wading Into The Shallow End

To begin, let us consider this article the written equivalent of sticking your toes in the pool for the first time. There will be a new comprehensive deep dive on the full tokenomics of the entire ecosystem coming out in the near future, so fear not. The intent here is to introduce some insights that the GTR community itself has uncovered in their working through the new system. Of course, none of this is intended as financial advice. The intent here is purely educational. The following scenarios represent consensus understandings of strategy with respect to the new Ghost Trader mechanics.

Despite the more simplified approach to the tokenomics, it nevertheless took most Ghost Trader veterans a while to get their heads around the impact of the changes. The largest changes, from a value proposition perspective, apply to the GTR token rewards and GTR token value itself. As you probably already know, Ghost Trader instituted what amounts to a four year lifespan on the token, with a final buyback protocol at the end. Therefore, holding GTR tokens will continue to generate rewards for the coming four years. If one’s intention is to HODL though for the duration, the change means that as GTR continues its deflationary trajectory, every month one’s percentage share of the total GTR circulating supply — and therefore the percentage of the token reward stream — increases automatically, month over month. Additionally, assuming a consistent performance by our trading team, the rewards should similarly become better and better over time.

One can easily make the case for buying a nicely-sized bag of GTR tokens and then just sitting through the coming market volatility. The deflationary mechanic will do what it does in the coming years. Token rewards will likely improve overall as the trading pool grows. The token value should naturally rise as the company creates a floor by buying and locking tokens.

On the other hand, one could also make a compelling argument for the other extreme. The previous approach will rely heavily upon token appreciation due in large part to the perceived value of the reward stream and general market volatility. Some people have a need for less excitement in their lives. By employing an NFT-only approach, one can contribute directly to the GTR trading pool through one’s NFT. As long as our trading team continues their normal performance, the trading pool grows and is denominated in stablecoin. With one fewer degrees of volatility, the community consensus has deemed this approach significantly more conservative than the token-heavy option. Ghost Trader’s project goal here is to provide premier FinTech tools for everybody. That is precisely what the new mechanics provide. This is obviously not intended as financial advice. Nor would anyone associated with Ghost Trader provide such advice. Our project intends to bridge the divide for everyone else, by becoming the bridge itself.

The Bridge Is Built

Regardless of which option you choose, or any point in between, Ghost Trader provides a system that allows you to reach your goals and allows you to dial in your strategy in precise accordance with your risk profile. That really does get at the real genius of the Ghost Trader project. The goal of the project is to provide the means for anyone to succeed. The trading team — and the Ghost Trader himself — have an extensive track record of superior performance. By employing a deflationary GTR mechanism and putting the GTR community pool of assets into the hands of an expert trader with 35 years experience crushing it in the market, all of the pieces are there. Ghost Trader has built the bridge. The divide, we hope, will soon be a thing of the past.