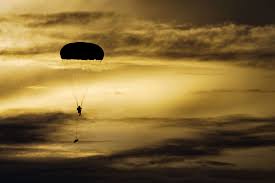 As we collectively slide into June, it would probably benefit all of us to take a moment and catch a breath. Amidst an ever-changing melange of the terrifying and the banal, the world has been a whirlwind of change and unpredictability for most. As if to mock us all for our exhaustion, everything seems to be accelerating rather than abating.

Consider, for a moment, that only about three weeks have now passed since the LUNA crash. Previously a top-10 digital currency valued at almost $30B immediately prior to the crash, the entire LUNA ecosystem managed to all but evaporate in a few short days.

The entire episode occurred mostly in under a week. If the speed of LUNA’s disintegration surprised people, it should not. By now, most people have all but forgotten it ever happened, and the market seems to be waiting while the media scrambles for the next month-long obsession narrative.

If You Don’t Like the Weather, Just Wait Five Minutes

If you recall, the month prior to the LUNA Crash, everyone waited on tinterhooks for the Federal Reserve’s response to growing inflation risks. Immediately before that, Russia courted the possibility of a nuclearized world war with its invasion of Ukraine, and the situation continues to develop as of this writing.

Even gold, that old stalwart of wealth preservation, has only risen a thoroughly underwhelming 0.7%, from $1830 in January to $1843 today. Keep in mind that over that same amount of time, everyone lost ground due to inflation, almost 3.5% if current year-over-year inflation estimates are correct. Even the old standby falls short, in an environment where it should have thrived.

Not everything, however, has performed so dreadfully. Over that same period of time, the team at Ghost Trader has managed to remain in the black every single month, securing a total return of 28.47% — an average of 5.69% monthly.

Consider this for a moment. Over the course of one of the softest periods in the market in modern memory, Ghost Trader succeeded while everyone and everything else either drastically underperformed or failed outright. As LUNA and the rest of these algorithmic stablecoins have illustrated, money cannot be made out of the ether. Without the value added of real skill and experience magnifying and multiplying the original stake, there is only vaporware.

The Next Generation of Risk-Off Asset

There is no better or more risk-off asset than one that performs well under all market conditions. While other assets have failed, Ghost Trader succeeds. Our trading team makes the difference. They thrive on volatility. Volatility creates opportunities for our trading team to secure more profits for GTR contributors, making Ghost Trader a real golden parachute for those who need it.

As this long, hot summer continues to drag on, most

GTR — Building Momentum for the Future

As time continues to press on and the financial world

GTR - Your Key to Passive Income

In case you missed our most recent announcement, James Pelton

The GTR team is pleased to announce our next upcoming