Ghost Trader — A Passive Income Model Like No Other 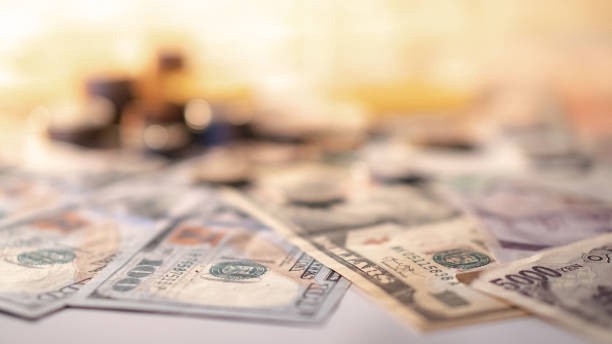 As anyone who has walked through their local Wal-Mart can tell you, there are lots of people working well beyond the point at which they should have retired. Instead of living out the golden years relaxing after a lifetime of hard work, they still have to work just to pay the bills. That is an unnerving prospect. Life is short. Regardless of how much time you think you have, it is never enough.

Time Is Not On Your Side

Even if you are so inclined and able to think ahead, human society constantly accelerates and becomes more complicated by the moment. Planning for your future has become and will continue to grow progressively more difficult. The very industry that has marketed itself and its professional guidance to us on the subject has made it clear we should not expect to rely on them. The traditional financial world, rather than making the elusive goal of financial freedom more achievable for most of us, instead has made it markedly less so for all but a small but lucky few.

With the advent of the cryptographic revolution, digital assets provided some optimism. With its promise of disruption, to change everything and upset the current order, it makes sense that many people have embraced this emerging technology because of that hope. Still, that option often disappoints. Many projects rely on little more than smooth talkers and gimmicks. They sell comfort to the desperate and fantasies to the fearful.

Ghost Trader is different, and exists for a single reason — to provide a reliable means of achieving financial freedom for anyone. Every aspect of the project is informed by this goal. Ultimately, Ghost Trader aims to empower as many people as possible to achieve it. By giving the rest of us access to one of those most powerful financial tools on the market — a real hedge trader, with a verified track record — Ghost Trader has already delivered what no other project had even considered.

As you already know if you have been following the project for any length of time, the team just adopted more streamlined, more straightforward mechanics. The changes improve the overall value proposition of the entire project, providing a much more refined, intuitive, and effective solution for our holders.

As Ghost Trader has developed over the past five months, the team has managed to continuously add more functionality and become a well-oiled machine. The team has vastly improved the entire project, top to bottom. In addition to just getting better at delivering the fundamental utility, the team listened intently to community input, and the changes reflect that input. By incorporating new feature augmentations, improved project mechanics, and providing completely new and novel utility for our holders, Ghost Trader has continued to build upon the early successes..

Ultimately, though, passive income is the holy grail of financial freedom. Without it, we remain tethered to a life of working just so we can afford to live. Therefore, Ghost Trader provides two powerful mechanisms for our contributors to enjoy a passive income.

The token itself, GTR, not only provides the opportunity for token value appreciation, it also pays holders a reward stream based on the success of our trading team. As the trading team succeeds, so do GTR tokenholders. Augmenting that utility, the GTR token now has a new deflationary mechanic. GTR locks away up to 2 million tokens per month. Since rewards only remit to tokens not locked by GTR, the portion of the stream of rewards that remit to GTR tokenholders always grows. If you hold, your percentage of rewards will grow.

Those two mechanisms, the token and the NFTs, work in tandem and reinforce one another, allowing holders to accelerate their savings, preserve capital, and build a passive stream of income. This system provides us ultimate control over our financial futures. Ghost Trader has provided all of the tools and utility to allow anyone to reach their goals, and to do so in a reasonable amount of time.