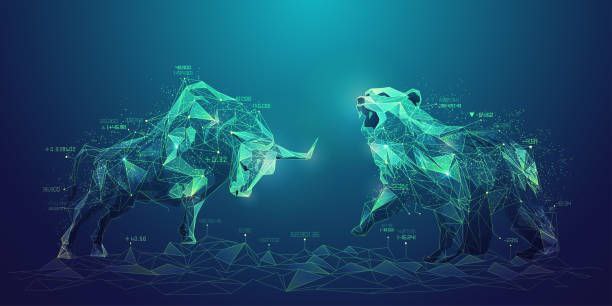 January is now past, and the world has finally begun to wake up to Ghost Trader. After an almost meteoric rise in market cap and token price over the last couple of weeks and yet another successful trading period in the books, Ghost Trader stands ready to take February by storm.

At this point, we can dismiss any doubts about the Ghost Trader project can be dismissed almost out of hand. Our track record of returns during the recent market slide has proven our value proposition undoubtedly. After three straight trading periods of successful rewards payouts — based on three straight months of profitability in the market — this project is poised to do greater things in the near future.

Up until now, we have spent a great deal of time and space explaining the Ghost Trader project in depth and exploring why from a fundamental perspective it will be successful. Whether discussing the overall vision of the project, the fundamental structure of the various contribution pools, or the more intricate details of the project’s tokenomics, a great deal of time has been spent establishing the overall explanation of the project as well as the mechanics of how it functions.

However, discussing the project only covers part of the story. Other than a couple of oblique mentions, we have not really spent a great deal of time discussing the culture of the project, and the way in which we interact with the broader community. While such talk of culture and community tend to resolve to more esoteric and intangible babble, such is not the case with Ghost Trader. Our culture is best understood by a short vignette of a typical morning’s Telegram Voice Chat session.

As is typically the case, you will often find our Telegram channel open, with quite a few people stopping by to listen to and chat about the project. Our moderation team cultivates a professional but casual approach. No question is ignored, and all our members and guests are welcomed to participate. That invitation obviously extends to our core team. As such, one can oftentimes find members of our leadership team in voice chat, speaking directly with community members.

This morning, for example, Dennis — the Ghost Trader himself — dropped in to discuss all manner of topics with the community. The chat was already discussing the current economic climate and how it will affect the future of the project. That topic seems to be a rather popular one generally, probably owing to the nature of Ghost Trader itself.

At any rate, Dennis jumped into the discussion, and ended up weighing in on a number of important and pressing economic topics currently on the minds of our community. As the audience in the VC grew steadily, Dennis continued to answer question after question that the community posed to him. During a more extended discussion about interest rates and inflation, one of our moderators asked him his thoughts specifically on inflation and the projected responses of the global central banks. Rather than a simple one or two sentence answer, Dennis shared his insights on the near-term rate environment. He also elaborated on his views of both Bitcoin and Ethereum in regard to their respective utility as inflation hedges moving forward. He also managed to fit in a rather in-depth discussion of the waning relative importance of oil with respect to geopolitics, and the unwinding of the petrodollar system itself.

Now clearly, these topics are interesting in their own right. More important for our purposes is the quality of insight these discussions provide into the mind of our very own Ghost Trader. Additionally, impromptu discussions between our resident market expert and the broader Ghost Trader community illustrates the mission and mandate informing the project. Ghost Trader is bridging the divide, reaching retail contributors directly and earnestly. This level of dedication to our charge — engaging and educating the community directly is unheard of. No other hedge trader of Dennis’ stature would deign to interact with their contributors in such a free-form and unscripted manner. And yet, Dennis does this regularly.

Not only is this sort of practice unheard of in traditional finance, it also rarely happens within the world of digital assets or decentralized finance. As much as DeFi likes to hold itself apart from the TradFi world, it seems there are certain similarities and practices that have carried over nonetheless.

Not so with Ghost Trader. This project is different. Our leadership is different. Our community is different. We are the new standard. We do not rest on our laurels. We will continue to push the threshold. We will provide greater and better utility to the entire digital asset space. We will not be denied. Expect us.