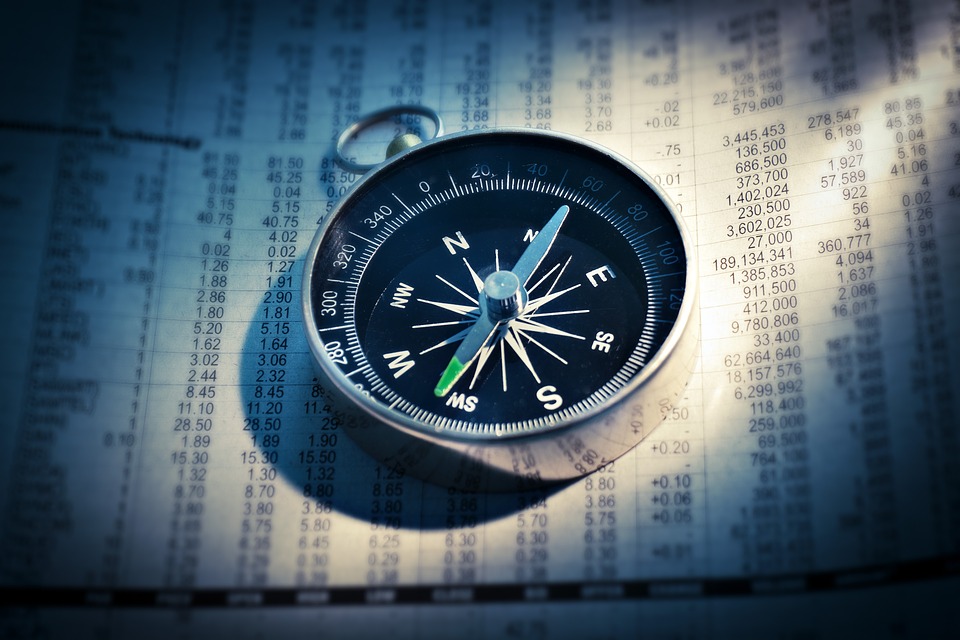 By: The Ghost Trader Himself

So my first monthly trading report for the GTR trading community is certainly a very interesting one. We started the month dominated by the post pandemic economic issues by the majority of the world. With inflation issues especially in the US and the UK and the Eurozone and imminent rate hikes in most of the world to combat the longer term effects. While the Bank of England (no longer in Europe of course) have already hiked rates twice since December in an attempt to control the inflation issues the Federal Reserve are hesitant to act for some reason but March will definitely see them making the first of several rises this year. In reality they should hike by 1% to indicate to the wider market that they are serious about getting the ever spiralling inflation issues under control. I expect the first hike to be 50bp, especially now the increased energy costs due to the geopolitical situation in the Ukraine will tip us ever nearer a stagflation situation.

So the month started reasonably quietly and pretty orderly with a lot of inflation talk and the FOMC coming across very hawkish as expected. The US dollar started the month pushing lower. GOLD still remains the go to hedge against falling stocks and rising bond yields, but of course imminent rate hikes in the States has the opposite effect as interest rate hikes would raise the cost of holding non-yielding bullion.

I’ve been predicting a big rally for GOLD in the first quarter of 2022 to the 1975–2025 range at the least mainly due to the general uncertainty in many markets and obviously buoyed by the geopolitical tensions between Russia and Ukraine. Global growth yield frenzy in the second week of the month has pitched oil on a $100 per barrel trajectory. One of the most important metrics announced by all the major countries is CPI. Most major Central Banks look to keep inflation in a 2–2.5% band in recent years especially the last few years pre-pandemic. So when the US announce a CPI number of 7.5% for January 2022 the real cost of the quantitative easing during the pandemic will start to be felt for months and possibly years to come. The last time inflation numbers were this high was back in the 1980’s!

GOLD still looking strong after the CPI release but slipped from the 1830 to 1820 which looks like a good base from which to move higher again. A big dollar rally late in New York on the 11th February continued in Asia. The Dollar Index that had been weakening first half of the month has moved back above the pivotal 96.00 level. The market has priced in a 25bp hike by the Fed in March but now talk of that being 50bp has given the dollar a boost. This prompts the FEDS — Thomas Barkin to announce that ‘he was yet to be convinced that a 50bp rise is required now’. The market is currently being dominated by these kind of quotes and the dollar is being pulled around.

First signs of the warmongering rhetoric coming out of the US on Friday afternoon (11th February). This drives gold from 1837 to highs of 1862. Monday 14th February and market is dominated by the continued tensions between Russia and the Ukraine. Equities are slipping in Europe, Asia and the US. US FED contradicting themselves again — BULLARD this time announcing ‘We can hike rates 100bp before July without disturbing the markets!’. So much conflicting news is pushing all markets each way and everyway. Ultimately I know rates are going to be hiked in the States. Equity markets will fall (I’m predicting a 20–25% move lower for the DOW). The Dollar will rally for the next few months……but before the more orderly moves based on rates and economics we have the Russian/ Ukraine situation to deal with.

Ordinarily in war situations (I was an assistant in the trading room at Barclays during the Falklands and on the main desk trading the USD/Deutschemark during the first Gulf War), the dollar (or pound) rises on anything positive to come from the newsreels. GOLD rises as a safe haven play and people switch hard funds into JPY and CHF. Little has changed over the years in times of geopolitical issues. Oil is obviously a big mover in this situation as Russia are dominant in the whole energy arena. Although I’m not convinced Putin will actually give the heads up for a full Russian invasion of the Ukraine, the West are all poking and pushing him by all predicting the imminent invasion. Is Putin likely to back down now given the provocation…

Gold is still dominating the Russia/Ukraine tensions and has hit a three month high at $1879. Lots now predicting $1930 (they must have been listening to me!). Low and behold Goldman Sachs now predicting a GOLD high for 2022 at $2150! I wonder what option positions they have open ☺

16th February — GOLD is nervous but still ticking higher. After a big reversal from $1878 highs yesterday its pushed back into the $1850–1857 range. Still hearing Russian invasion is imminent. UK inflation edging higher at 5.5% which is a 30 year high. Its becoming increasingly to hold positions in these very whippy markets. I usually like holding a couple of core positions during the trading week but am seeing them in profit one minute then whipped out at my stop before it heads back the way I expected! FRUSTRATING. It’s not that I haven’t seen similar markets previously but none quite as whippy and nervous for a good while.

It’s Monday 21st February and the UKRAINE risk is key today. GOLD pops up to $1908 (the highest level for 35 weeks. But soon slips lower on a rumoured plan for BIDEN & PUTIN to hold a summit later in the week. US holiday today so markets are generally quiet. News out of the States that the FED are talking about introducing big taxes on crypto profits or possibly banning them. BTC has certainly shown everyone that it’s not a SAFE HAVEN asset class, it doesn’t correlate to the moves in GOLD. It’s most definitely a RISK ASSET CLASS.

22nd February — Volatility in most markets is overdone. News from the States ‘White House has confirmed new SANCTIONS against Russia on the back of PUTIN recognising the INDEPENDENCE of the separatist movements in Ukraine’s southern region’. UK also to announce new sanctions.PUTIN has announced his forces have entered the Ukraine to ‘keep the peace’. The moves by Putin are a violation to the sovereignty and integrity of Ukraine.

I’m a contrarian. I’m preparing myself for some kind of U-Turn in the Ukraine situation. The whole world is starting to hit Russia with sanctions and will this push PUTIN back or provoke him to go-ahead with a full scale invasion?

I hope I’m right and the situation gets resolved somehow. As if not it will be at the cost of innocent lives. However the human brain is programmed with FEAR and DOUBT as first resort which causes mass sell-offs due to PANIC!So we must be rational with our thinking and don’t get sucked in to following the ‘sheep’ in the market. I’m planning trades and exit strategies rather than following others emotions. Which at times is difficult in these markets as STOPS are triggered a lot of the time even though you ultimately have the right positions!

22nd February….although Russian troops have been in the southern region of Ukraine for many years I have a feeling now that the imminent sanctions will provoke Putin into a full invasion. Is the current situation and the fact RUSSIA have been big buyers of GOLD all during the pandemic a sign of an imminent war or more the start of the FINANCIAL SHIFT/RESET? Is it in Russia’s best interest to ‘rattle’ the markets which drives energy and more to the point oil prices higher and of course GOLD!

1. You cannot control the outcome of a particular event.

2. Regardless of what you think the outcome of the event maybe, you should not be trading the direction of what you feel the outcome will be, but more so be rational and be prepared for both sides!

3. Risk Management is always TOP PRIORITY. However when trading these events it is EVERYTHING!

Germany have announced the cancellation of the huge NORD STREAM 2 PIPELINE from Russia to Germany.

24th February..some kind of attack by Russia on Ukraine in the early hours Ukraine time. GOLD POPS immediately from $1910 to $1949. Oil does hit $100 a barrel (8-year highs)! President Zelensky of the Ukraine announces MARTIAL LAW. Russian Stock market is down 70% this month wiping $250 BILLION of share prices. Gold trading at $ 1975 (24-month high). BTC drops to $35,000 again — showing signs of no real attachment to safety. GOLD has a crazy unprecedented move from $1970 to $1878 in New York trading, A crazy 960 PIP up and down move in less than 6 hours. Only one word for it CHAOS. Impossible to really hold a trade on days like these and even if you have the right strategy NOBODY could see a move like that in GOLD. Rumours of RUSSIAN institutional sellers.

25th February: So far throughout the Russia/Ukraine event we have witnessed a series of relief rallies in RISK and this is purely tied down to the markets ability to price in FEAR and OPTIMISM. Naturally you would think all of the sanctions will cause PUTIN to pause in his actions, however it could have completely the opposite effect. Don’t get sucked into a relief rally thinking the situation in the Ukraine is over. It’s only just begun….

So a very eventful trading period for us and happy in one way to escape with a 7% return although with a little bit of luck last week that could have easily been doubled! I will continue to manage risk in these markets. It’s the only way to protect the kind of pot I’m currently trading.

My expectations for March 2022:

AND MOST IMPORTANTLY GTR 0.08!

In general DOLLAR will have a good month and BTC/ETH not so good. Certainly opportunities in most markets and I’m ready to trade the BANG in respect of Russia while waiting for the interest rate moves in Europe and the US.